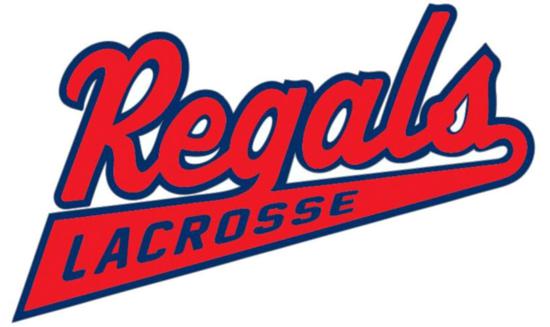 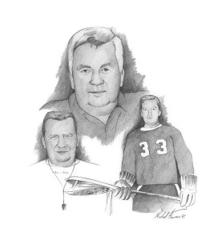 It seems like ‘Huck’ O’Connell has spent half his life in arenas either holding a lacrosse or hockey stick.

He started early as an outstanding athlete playing Junior ‘B’ hockey and Senior Lacrosse for many years – he was so tough on the grid-iron, his teams won four Canadian titles and he was asked to try out for the Ottawa Rough Riders of the Canadian Football League.

But, Huck will be remembered most for building the foundation for lacrosse in the Royal City. He helped start up a Junior ‘A’ team in 1964, and he was again front and centre when the Fergus Thistles won several Canadian titles. He worked in all aspects of the game.

In 1992 Junior ‘B’ lacrosse returned to Guelph and Huck was named team president. Others have also recognized Huck O’Connell’s outstanding contribution to local sport. In 1991 he received the Provincial appreciation award for lacrosse and he was inducted into the Fergus Hall of Fame the following year. 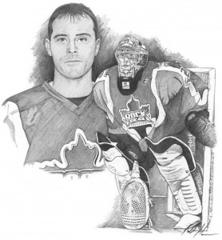 Bob Watson is regarded as one of the best goaltenders to ever play professional indoor lacrosse. He started playing minor lacrosse in Guelph at the tender age of four and volunteered to be the goaltender right off the hop.

At age 16 he played Junior B with the Kitchener Braves where he won two Founders Cup national championships. After a three-year break he joined the Sr. A Brampton Excelsiors winning a Mann Cup in 2002.

His first crack at professional lacrosse came in 1996 when he joined the Baltimore Thunder of the National Lacrosse League; two years later the Ontario Raiders selected him where he played in Hamilton for the 1998 season.  In 1999 the franchise moved to Toronto and became the Rock.  During a stellar 15-year career Watson had a 104-59 record during the regular season and when the playoffs started he really began to dial things up.  In the postseason he had a 16-4 record; he played in eight championship games and won six of them.

“He’s simply the best big game goaltender we’ve ever seen in our league,” said former Rock head coach Troy Cordingley. “He was a tremendous presence in our dressing room and he was a great teammate. In a one-game winner take all situation, I want Bob Watson playing goal for me every time.”

Not only did he win six championships with the Toronto Rock, he was named Most Valuable Player twice – in 2003 and again in 2011.  He retired immediately after that glorious accomplishment in 2011 as the National Lacrosse League’s all-time saves leader.

“That moment was like a Hollywood script,” remembers Watson. “Another great memory was when we won the last professional event ever held at Maple Leaf Gardens.  I grew up a Maple Leaf fan and we scored with one second left to beat Rochester 14-13 in that historic building.”

In 2011, Watson became only the third goaltender elected to the National Lacrosse League Hall of Fame. 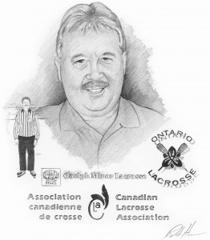 Chuck Miller was never an all-star athlete but you don’t always measure ones contribution to a game by goals and assists alone. Miller is one of those quiet, behind-the-scenes tireless workers that make amateur sports thrive.

Miller’s game is lacrosse and he has been involved at all levels through his lifetime. It started back in 1972 when Miller was one of the people responsible for giving birth to the Guelph Minor Lacrosse Association. For the next 28 years he worked tirelessly as a coach, referee and executive board member.

But Miller’s love from the game took him beyond the Guelph city limits. Since 1993 he has been the President of the Ontario Lacrosse Association dealing with issues at all levels of the sport. He also served a term as Vice-President of the Canadian Lacrosse Association. In 2005 he was recognized on a national level when he was awarded the Lester B. Pearson Award in recognition of unselfish dedication, distinguished leadership to the game of lacrosse and development of young Canadians.

Four years earlier he was bestowed the Thomas Tip “Mr. Lacrosse” Award for his contributions to the sport. While national and provincial recognition is nice, it is the work he has done in Guelph that has affected so many. He has done it all from garnering a Junior B franchise for the city in 1994, to starting a senior women’s lacrosse team and a women’s field lacrosse team to sitting as the Chair of the Sports Advisory Council for the City of Guelph. Miller has been relentless in setting the building blocks in place to ensure lacrosse is accessible to the masses. 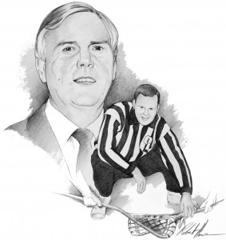 Jack Mann was a heck of a lacrosse player; in fact he is enshrined in the Fergus Hall of Fame for his exploits; however his greatest contribution to the game came when he became an official.

He had a sparkling career of fairness and leadership that spanned four decades, beginning in 1959 and ending in 1980. No event was too large or too small for Mann. He loved working Tyke games as much as he did the many national finals he handled. He was often the first person asked to handle the big events like the Junior B Founders Cup, the Junior A Minto Cup, Senior B President’s Cup and the Senior A Mann Cup.

He was the first official in Canada awarded the Level 7 Referee Certificate. Officials weren’t offered the national championships on a rotating system, they were selected based on performance and year-after-year Mann was in the mix.

Mann was also a key player in training young officials. He was involved in several referees’ clinics through the 70’s and 80’s and upon his retirement from the floor he became the Head Referee and Supervisor for the Ontario Lacrosse Association.

In 1986 when Canada hosted the World Field Lacrosse Championships, Mann was called upon to be the supervisor of officials. Mr. Mann also contributed greatly to the revitalization of lacrosse in Guelph in the early 70’s when as a member of the executive committee, he once again held the title of Referee-in-Chief training inexperienced youngsters how to “call the game” he loved.

He understood the role of the official and was famous for saying to his protégés “if you want the game played the way you played, then put the equipment back on. You are now a referee and your only job is to ensure the game is played with the rules.”

Mann, also a member of the Guelph Hockey Referees Association, was a builder and mentor to hundreds of young people. 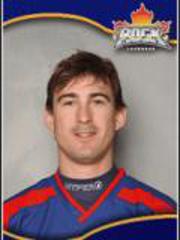 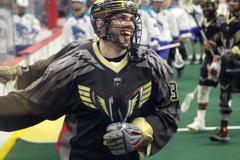 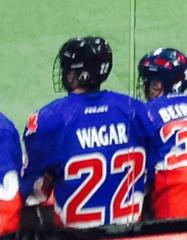 Do you know someone who should be on these lists? Email us..

You could win VIP tickets to the 2022 Premier League Mornings Live Fan Fest in Philly!HOW TO ENTER